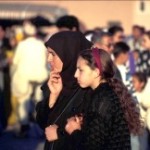 Morocco is one of the leading countries in the Arab world in regards to women’s rights and freedoms. While there are still very definite gender gaps in culture, Morocco has made many significant reforms. In 2003, King Muhammad VI passed an historical family law called Mudawana. In it, he makes men and women jointly responsible for their homes, without the legal obligation for a woman to obey her husband. It makes it illegal for men and women to be forced into a marriage that they don’t want, and it severely restricts polygamy. It raises the age at which women may marry, and it protects her from being easily divorced by repudiation (the ritual words of divorce by which a man in Islam can divorce his wife, simply by saying them). It also protects unmarried women by creating responsibility by fathers for children born pre-maritally.

There still remain very definite distinctions in gender role in daily life. Men still tend to be the breadwinners, while women primarily take care of the home. The street is the primary domain of men, where men hang out with their friends in coffee shops. The home is the primary domain of women, where women will invite their friends. While there is still need for further reform, Morocco has done well to celebrate the uniqueness of each gender while creating freedoms and protections to help prevent those differences from being abused.